Everything You Need to Know About Canon’s Self-bouncing Flash

Everything You Need to Know about Canon’s Self-bouncing Flash

If you’re an event photographer who struggles with GAS*, your stomach has probably been doing exuberant flips since Canon announced their new self-bouncing Speedlite flash in February this year. With a self-articulating flash head designed to consistently deliver optimum lighting for indoor shooting scenarios with Canon EOS cameras, the Canon Speedlite 470EX-AI is a definite world-first and will land in South African in May 2018.

To achieve quality, natural-looking light, photographers will often bounce their flashes off of a neutral coloured wall or ceiling towards their subject. The 470EX-AI’s AIB (Auto Intelligent Bounce) function removes the guesswork from this technique by firing off two test flashes (one at the subject and one at the ceiling) to calculate the optimal bounce angle.

Two taps on your camera’s focus button will automatically reorientate the flash should the camera’s shooting position change. Any event photographer who has missed a shot and instead temporarily blinded a guest with a flash in the wrong position will appreciate this feature.

Wired to the Web got to test out the 470EX-AI at a recent media launch. In terms of form, it’s a comfortably-sized piece of kit and looked slightly smaller than a 600EX-RT. The controls are intuitive enough to use straight out of the box and on the camera. The AIB works as it should delivering a good output of light. The motorised head moves fluidly without too much noise and is a bit of a delight to watch in action. Introverted photographers will have to get used to fascinated guests wanting to strike up conversations about it.

Apart from the fully automatic AIB mode, more advanced users can set their own self-orientating bounce angles with the semi-automatic mode. This is especially useful when bouncing off a wall or a reflector to create more directional light. The 470EX-AI shares many of the same features as the other upper-range Canon speedlites; an auto-focus assist beam, a guide number of 47m to light over broader distances and lens coverages from 24mm to 105mm, along with a wide 14mm when using the built-in adapter.

The flash’s recycle time ranges between 3.5 and 5.5 seconds depending on the batteries used. Rechargeable NiMH batteries will deliver faster recycles.

Other features include customisable settings and a wireless optical receiver good for up to 10m away.

It is important to note that if you’re using a camera built before 2014 or are shooting with certain specific models**, the 470EX-AI will not work in full AIB mode as the TTL tech is not compatible. This unfortunately poops the party for anyone shooting with a Canon 5D Mark III, which is still a workhorse for many pro photographers.

For photographers (with newer/compatible cameras) who are just beginning to enhance their work with flash lighting, this 470EX-AI is one to wish-list and save towards. Though not confirmed, it is expected to land in SA at around R8000. This price point locally pitches it at aspirant professionals and pros who are looking for a flash to save time that could be better utilised at composing more mindful and compelling imagery. When there have been more advancements in the flash-modifier market in recent years (just look to Kickstarter at any given time), it’s refreshing to see Canon innovate by re-engineering the flash itself and directly addressing a practical aspect of in-the-field flash photography.

With flashes from brands like Yongnuo and Godox becoming increasingly ubiquitous in standard photographer kits, this could be Canon’s chance to rekindle a romance. 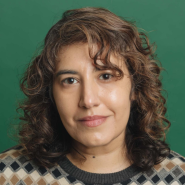