Fujifilm has carved out a niche for itself, with its X-series cameras. For the last few years the photography scene has been tough if you aren’t Canon, Nikon, or Sony. The latter has managed to secure its spot in the mainstream photographic trifecta with some excellent products that compete with those from the big C and the big N.

Meanwhile, the rest of the camera experts – most of them Japanese, in some sort of bizarre civil war – have to fight for scraps. Olympus fired the opening salvo in 2009, bringing to market the interchangeable-lens Olympus PEN E-P1. With this camera Olympus not only entered the now-flourishing mirrorless market, it also resurrected its PEN cameras of old – the retro lines of the E-P1 immediately drew fans, and it’s likely with that as inspiration that an invigorated Fujifilm decided to follow suit.

The original X100 gave purist photographers just about everything they wanted: a fast f/2 lens with the a fixed 35mm focal length used in those beloved old cameras; a retro style body that had dedicated controls for the major adjustments; a real live viewfinder, supplemented with some superb electronic overlays; and a 12.3-megapixel sensor.

For the X100’s successor, the X100S, the sensor was upgraded to a 16-megapixel variant – dubbed X-Trans II. This is Fuji’s own design, which does away with the commonly-used Bayer filter. Instead it opts for a random arrangement of the red, green, and blue pixels. This gives images a unique look and feel; something different from the other cameras that rely on many megapixels and fancy processing. And that is the same sensor that does duty in its latest X camera, the X100T. For those who want a comparison between this camera and its predecessors, here’s all you need to know: the X100T boasts a larger, higher-resolution rear viewfinder display; wireless capabilities for linking up with your computer or smartphone; a very handy electronic shutter; as well as improved ergonomics that include customisable menus and a better exposure compensation range. For a full comparison, check out Fuji vs Fuji. For the latter group – people who want to learn about photography – the X100T, at an honestly pricey R15 000 (depending on where you shop), will not be the kind of camera you replace in a year’s time. It’ll teach you many things about the fundamentals of photography that you can then use on larger, professional SLR cameras. And if you get one of those, they won’t necessarily replace the X100T – but rather live alongside it in your arsenal.

It has a dedicated ring on the lens for setting the aperture, offering a range of f/2 to f/16 and every practical third stop in between. This means you have fine control over the amount of light that you let in, as well as how much depth of field you’d like to have. Up top, next to the shutter release and toggle switch for power, are two more dedicated dials: one for setting the exposure compensation (a range of +3 to -3), and another for the shutter speed (with a range of 1 second to 1/4000 of a second, as well as timed and bulb shutter modes). Here’s also where you can activate the electronic shutter. In regular operation the camera’s mechanical shutter does all the work, but if you need even faster speeds the camera’s electronic shutter can capture at up to 1/32000 of a second, making it possible to use f/2 apertures in bright daylight. The use of this electronic shutter does come at a cost, though: maximum ISO is limited to 6400, and you will not be able to use the (excellent) built-in flash. With all this manual control a novice or amateur photographer might will feel very intimidated. To that end, the aperture ring and shutter dial can each be set to auto. Set both to auto and you’ll have a very expensive point-and-shoot with a superb lens and brilliant image quality. But let the camera handle either one automatically while you experiment with the other in manual mode, and you’ll be rewarded with a less steep learning curve.

Speaking of learning curves: even the most studied photographer will take their time getting to know the ins and outs of the X100T. Its menu system, while logical, is still quite the maze to traverse. It’s not always clear why you cannot select the flash in a certain mode, or when the hybrid viewfinder will work. Not even the manual is completely clear on this, so it takes time to get the hang of it all. Thankfully, it means that you won’t be limited once you do master the X100T. With nothing being dumbed down it means within a few weeks you’ll be making use of the custom buttons and menu presets to quickly set up the camera for your desired shooting scenarios. Seven preset slots are available, and you’re able to configure these for ISO, dynamic range, colour profiles, film simulation modes, and more.

At the end, the results will speak for themselves. It may have “only” 16 megapixels on offer (still enough for an A3 print – and when is the last time you printed photos?), but it’s the quality of those pixels that counts. Colour gradations are silky smooth, whether the aperture is at a super soft f/2 or extremely sharp f/16. Film simulation modes are sort of like Instagram filters in realtime, but they are based on Fuji’s own colour profiles for its old analogue film – and they work beautifully if you choose the right one for your chosen shots. As alluded to, earlier, the flash works a treat. Despite being a built-in unit (there is a hot shoe for an external flash) it will work for 80% of the shots most photographers realistically need it for, and the camera’s light metering means that exposure is almost always spot-on. Its new, three-inch, high-resolution display comes into its own for those who rely on rear displays rather than the hybrid optical viewfinder. However, lift the camera to your face and said viewfinder will impress – it’s the most advanced and unique optical viewfinder on the market. Then there are the wireless capabilities. Pair your iPhone or Android phone to the camera via Wi-Fi, and use the Fujifilm camera apps to remotely control shooting. It can be more than a novelty if you think creatively, but these apps also let you download full-sized images from the camera to your phone, for posting to your social networks. And with the results from the X100T, you’ll be king (or queen) of Instagram in no time at all.

Negatives:
Pricey – even if you’re a pro
Steep learning curve and complicated menus
A bit hefty for a compact camera

PICTURES TAKEN ON THE X100T: **This review was edited on 19 April 2015. It previously incorrectly stated that the first X100 used an X-Trans sensor, when X-Trans sensors were only used from the X100S onwards.** 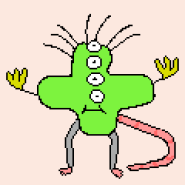 Christo van Gemert used to be a technology journalist, writing for a bunch of magazines that no longer exist and a website that still does. He occasionally writes guest posts on topics far removed from his day job as a public relations consultant, and hopes to be remembered for his semi-funny Twitter account: @hellospaceman.