Nintendo’s 51 Worldwide Games is a collection that includes everything from ancient board games to modern classics. By Nafisa Akabor. The Covid-19 pandemic has turned millions of people to gaming. Sales of Nintendo Switch consoles more than tripled between March and May. And it seems the company’s release of its 51 Worldwide Games this June was perfectly timed.

The games come with the promise of hours of entertainment for all ages.

The collection includes everything from ancient board games to modern classics. Some are fast paced, others are more relaxing, and there are certain games that have shaped cultures around the world.

I was pleasantly surprised to see many of my childhood favourites in there, but that’s the point of this set of games; it has appeal for almost everyone. 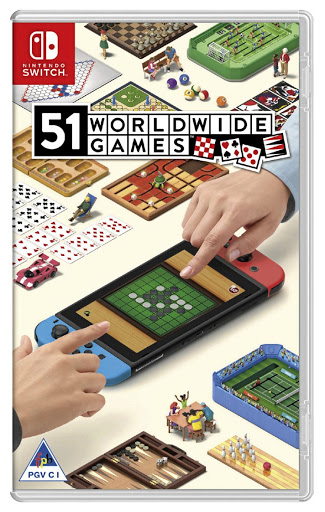 Games like renegade, which some may know as reversi or Othello — one of Nintendo’s first arcade games from the 1980s — can be enjoyed by two players in offline mode by detaching the Joy-Con controllers.

Similarly, Nintendo’s 3D take on bowling is loads of fun, as you can choose either five or 10 rounds, with each player using the touchscreen or the Joy-Cons to bowl. It feels like a throwback to the Wii version from the late 2000s.

The selection of games appears well-thought-out, and is suitable for play between couples or parents and kids. There is no urgency to complete the games, making this a great way to pass the time while remaining indoors during lockdown.

Each game offers a voice-over explanation so you understand the rules, and there’s an explanation of the mechanics through an aid that can be turned off.

A single player or two players can participate, and online play is possible. However, I couldn’t get the latter to work, so I stuck to offline single-and two-player modes.

Some games support up to four players — useful for a household with multiple Joy-Cons.

If you have a Switch console and need to entertain the kids during lockdown for hours on end, it is worth forking out R799.

It’s available on the Nintendo eShop as a 2.3GB digital download, or can be bought as a physical set.