Ghosts is the latest title in the Call of Duty franchise and the first from Infinity Ward since the epic finale of the Modern Warfare series.

While Ghosts didn’t reach the $600m-in-24-hour high of its predecessor Black Ops 2, fans still went out in droves to buy this game.

The campaign is set in the near future as the Federation, a collaboration of oil-rich South Americans countries, invades the US. The main characters, brothers Logan and Hesh and their father Elias are part of a US army unit fighting the invading forces and working with an elite military team called “Ghosts” to stop the Federation from destroying the US.

The campaign locations are varied, from a space station to the Andes mountains, all the way to the depths of the ocean. The environments are stunning, adds variation and helps to maintain an almost breakneck pace to the gameplay.  Switching between rappelling down the side of a building, dodging sharks under water and then shooting from a helicopter keeps the game fresh. While the fast pace of the combat doesn’t allow too many soft moments, the relationship between Hesh, Logan and Elias is a real highlight. While this results in a story that is not particular deep, it is still one of the best Call of Duty campaigns I’ve played.

As with most shooters, the focus is on the multiplayer and Ghosts makes some nuanced changes to the traditional online gameplay. One of more significant changes is the huge amount of character customization through the “create a solider” function. With 10 characters to customise, 40 weapons and new killstreaks and perks, it gives a ton of flexibility to loadouts.

There are also new game multiplayer combat modes, including Grind (collecting and returning opponents dog tags), Search and Rescue (similar to search and destroy but teammates can be revived), Blitz (players sprint into scoring zones) and Crank (the player explodes after 30 seconds if they don’t make another kill). New co-operative gameplay modes include ‘Extinction’, a cross between Zombies from Black Ops and Left 4 Dead, where a co-op group fights off waves of aliens. Also, the ‘Squads’ gametype allows you and friends to practice in multiple modes with or against bots if online opponents become too annoying.

The multiplayer maps are significantly bigger and the layout rewards team-based play. Also, the ‘dynamicism’ feature changes the map layout and dynamics – doors can be open and closed, walls can be destroyed and missile strikes affect the layout of the stages. However, unlike Battlefield4 the changes feel minor and almost irrelevant to strategy.

Unfortunately, the lag was so bad that I really struggled to play and often found myself unable to compensate for lag during combat. While I objectively recognize the improvements of the game as a decent step up, I found the multiplayer extremely frustrating. Overall, the Ghosts campaign is excellent and combat is frenetic. While the multiplayer has significant lag, it boasts improvements to weapons, huge amounts of customization and promotes team-based play. It is worthy successor to Blops 2 and I would recommend the game to die hard fans of the franchise. 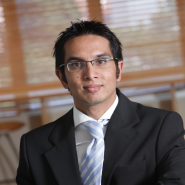