Doom is one of those franchises that has flitted in and out of my life over the years. I remember playing the original game at a friend’s house and marvelling at how cool it was. Flash forward more years than I care to admit, and the series has once again found its way into my life in the guise of Doom Eternal. Doom Eternal isn’t your grandad’s FPS, hell it isn’t even my normal FPS, it’s something altogether different and I absolutely love that it is.

The game is centred around frenetic, heart-pounding, supercharged combat. I often found it difficult to master the correct combination of weapons, skills and weak points on an enemy to get through each section. In fact, I spent most of my time with Doom Eternal failing repeatedly.

It’s the way that the game designers tell you that it’s time to adapt your style, incorporate some new mechanics into your choices and by extension become better at playing it. Thankfully, the failures are instantly forgotten once everything clicks and you figure out the perfect strategy to bounce around and annihilate the demon spawn with a combination of weapons, fists and gore.

In Doom Eternal there are three resources you need to balance your focus on: ammunition, hitpoints and armour. From the moment I started playing I found myself riding a constant rollercoaster of having enough of each of them to having absolutely none of any combination of the three. Luckily you can refill your hitpoints with glory kills, your ammunition with your chainsaw and armour by dousing enemies in glorious fire from your new flamethrower. It’s this constant rise and fall in these resources that becomes the rhythm that Doom Eternal is played to, and there’s an intense satisfaction in becoming the whirling dervish of death that the main protagonist, Doomguy, was designed to be.

In the moments between combat Doom tempts you into platforming around your recently cleansed sections of the map to find secrets little goodies like toys, albums, cheat codes and more. I’d recommend using one of the many online walkthroughs to get these done quickly so you can get back to the serious business of deleting some demons from this plane of existence.

Running about to get random collectables is not everyone’s style, and if that’s you then just take some time to appreciate the superb level design and attention to detail from the developers. I spent a solid fifteen minutes once watching giant-sized hell-beasts scything their way through buildings in the distance because it was simply cool to watch.

If you’re up for a game that doesn’t just let you win then Doom Eternal is a superb choice. My biggest piece of advice would be to trust in what the game is telling you to do, because it’s the best way to play. If you have difficulty changing your play style easily, this is the tutorial that helped me more than any other to get into the right mind set:

Doom Eternal is out now on PS4, Xbox One, PC and there’s a planned Nintendo Switch version in the works too for those wanting to slay demons on the run.

Podcast: CapeTalk - What is 5G, even?

Time for a digital spring-clean 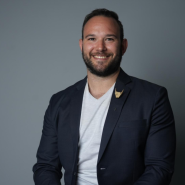