Last night I decided to go for a walk, as I always do. The crisp air forcefully tried to crawl into my clothes, constantly searching for an opening.

In the distance tortured screams haunts the empty streets. It’s a sound I barely notice anymore.

Tormented candlelit faces huddled around makeshift fires silently plead for mercy as I walk by. They are safe with me here. I turn the corner and stop.

In the shadows ahead lurks something dark, something powerful. It beings to move towards me and even though I can sense the terrible horrors that seep from its mind, a faint knowing smile flickers across my lips.

Fury rips through my soul. I raise my left hand guiding an invisible force. Lifting the creature high into the air, I watch his life essence bleed from his eyes. A green ball of fire explodes out of my hand sending the pathetic creature to meet its maker. I walk to where the creature dropped its last breath and find a few pieces of gold. Many debates float around the impact of computer games on chidren. Some will convince you that it’s an excellent training tool for military skills and logic development, while others will vehemently protest its power to influence and cultivate violence.

Personally I can’t identify with any of the above. I have played computer games for many years and I haven’t developed into a skilled sniper genius and I have not felt the urge to come to work and shoot a couple of colleagues….although, when it comes to management it’s often a tempting thought… moving on.

Recently I had to plunge myself into literature about ADHD as I have been advised that my 8 year old may be suffering from it and could benefit from medication. Countless hours spent researching this topic has taught me, nothing. The truth is nobody really understands ADHD. A couple of behavioural similarities have been grouped into common “symptoms”. It all relates to a lack of concentration, which for some is improved with therapy or medication. Others simply grow out of it.

There was however one theory that stood out for me and left me evaluating my own life.

Children diagnosed with ADHD are often able to sit for hours playing computer games. The theory speculates that the reason is due to the fact that games generally consist of a series of short tasks that offers a reward every time it’s completed. The player becomes the character who is always heroic and becomes stronger the further they get. The latter combined with rewards culminates into a great recipe for addictive escapism.

When a child is unable to follow a set of simple instructions and when they make mistakes in their school work due to a lack of concentration, we as adults are often very quick to point this out with negative enthusiasm. Let’s think about it for a second.

In real life you are constantly reminded of your mistakes and in the digital realm you are rewarded for your achievements. It makes perfect sense to me why children with ADHD are addicted to games. However, I feel the theory extends beyond ADHD. I play a PC game almost every night and thinking about my life I realise that the sense of accomplishment I get from playing is nothing but mere false compensation for a sense of achievement and fulfilment that’s missing from my real life.

Although I still need to identify which area in my life I’m subconsciously failing in, I realise it’s time to make some changes. It’s time to pack away my virtual armour and sceptre. It’s time to focus on a different approach towards my kid.

It’s time to get real.

PS: If you’re interested in a little PVP session later tonight, msg me. I can always start my journey to”self discovery” tomorrow, when I quit smoking. Not that I’m addicted to playing games or anything like that. 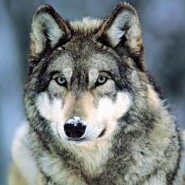 As if you really care about my bio, but seeing that you are here now. I am old enough to be arrogant with confidence and young enough to be controversial without care.